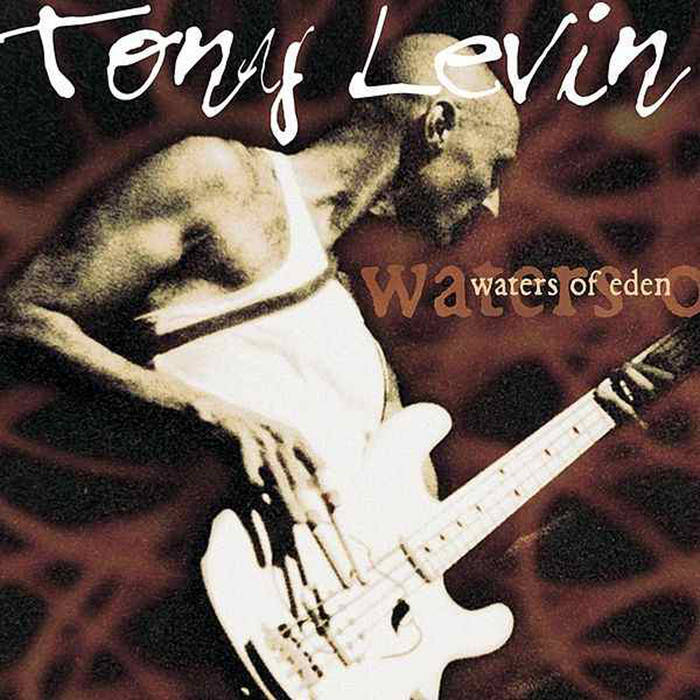 Over the last half dozen years, King Crimson bassist Tony Levin has produced a small but impressive body of work on his own Papa Bear Records, including World Diary (1995), a collection of collaborations with players such as Bill Bruford, Jerry Marotta, Shankar, and many others, and From the Caves of the Iron Mountain (1997), an atmospheric project involving Levin with drummer Jerry Marotta and flutist Steve Gorn, recorded in the location of the title. Levin's latest effort is released not through his own label, but New Age independent Narada, known more for meditative acoustic guitar music than progressive rock. But fear not. While Waters of Eden is prettier and more meditative than King Crimson, it is by no means lacking fire. The closest comparison is to Levin's work with Peter Gabriel, and this recording in fact reunites the core of Gabriel's band of the late 70s and early 80s: Levin with drummer Jerry Marotta and synthesist Larry Fast. A couple of tracks ("Bone and Flesh" and "Pillar of Fire") feature Fast's expansive synth pads and Marotta's throbbing toms. Think of what might have happened in a rehearsal for Security when Gabriel wasn't around and Levin decided to take the lead. This core trio is augmented by some special guests. The California Guitar Trio joins in for the title track; David Sancious provides keyboards and a credible virtual soprano sax on "Icarus;" guitarist Jeff Pevar soars over many cuts. Throughout, the melodic lead is centered on Levin's sensitive playing, on fretless electric, electric upright bass, and electric cello. In general, the music is fairly simple, sweeping melodies with chordal accompaniment, but the passion and craft of the players lifts it above mere New Age drivel.
- Jon Davis, Exposé Magazine (2001)