← more from
MoonJune Records
Get fresh music recommendations delivered to your inbox every Friday.

Pieces Of The Sun 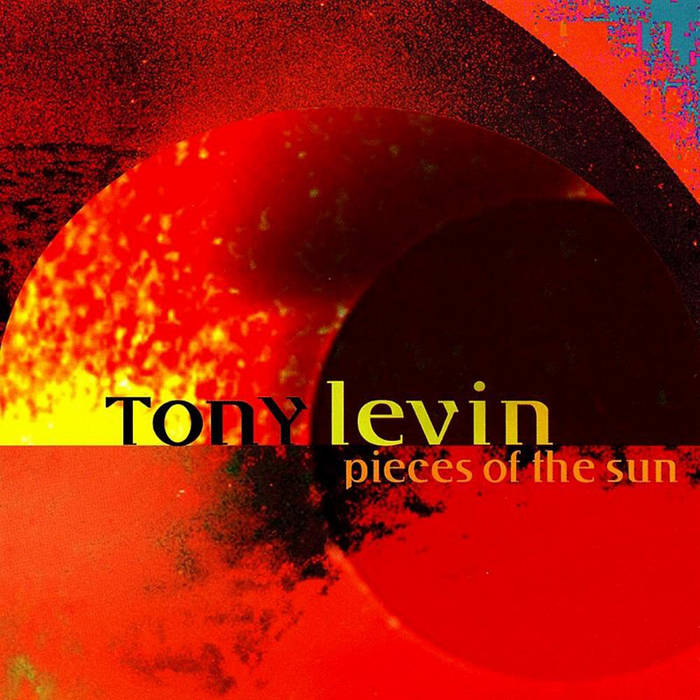 Thomas The building of the song and Jerry's drumming make this song my favourite of the album. Favorite track: Pieces Of The Sun.

Pieces of the Sun is Tony Levin's third solo record. It is an often jazzy, progressive rock, instrumental record. It features the Tony Levin Band, which includes Levin on bass guitars, stick and cello, Jerry Marotta on drums, Larry Fast playing synthesisers and Jesse Gress on guitars. The California Guitar Trio accompanies the quartet on the opening track, "Apollo." In addition to his percussion duties, Marotta plays acoustic guitar, Omnichord and saxophone on the record. The only vocal performances are a spoken word on "Tequila" and the called "dog one," "dog two" and "dog three!" on "Dog One," which is a new recording of an unreleased Peter Gabriel composition, which Levin, Marotta and Fast had played on.
••••••••••••••••••••••
Best known as a legendary sideman behind such rock greats as John Lennon, James Taylor, and Paul Simon -- as well as a member of King Crimson and the Peter Gabriel band -- the bassist has brought his throbbing bass genius into a solo, neo-fusion context. While touring with his band in 2000, Levin wowed audiences around the country, and fans clamored for an album with the group. This is the result: an intense, highly dynamic, and mood-swinging (read: eclectic) group of tunes à la Crimson to contemporary instrumental to soundscapes of galactic proportions as only Levin could imagine. In its seven-minute span, the opening track introduces the concept of highs and lows; the first few minutes may remind the listener of Jimi Hendrix on speed, but then the tune takes a folksy, acoustic guitar-driven detour; it's schizophrenic but loads of fun. "Geronimo" is a densely percussive mix of blistering fusion and melodic corporate rock. "Aquafin" is lighthearted and folksy, with a Celtic lilt, while the previously unreleased, Gabriel-written "Dog One" returns listeners to experimental art rock with a vocal chant counting dogs behind a wall of guitar and bass. Some pieces get a little longwinded in their attempt to be esoteric, such as the title track, which varies tempos and moods throughout even as the powerful drumbeats drive the tune along. Best enjoyed by hardcore rockers and fusion-lovers, and of course musicians who worship great energy and technique.
- Jonathan Widran, All Music Guide

Little Brother joins the show to discuss their beautiful journey, plus tunes from Fat Tony